Unspoken Things: Is This Grief Normal?

I’m like a badly dubbed foreign film. The words sound right, but the voice is all wrong. My lips keep moving long after the words are said. It feels laughably false, but they keep on watching anyway.

If I go through the motions, I may actually start believing what I say. It’s not lies or misdirection, simply an unspoken truth that lingers in the air.

I am desperately sad that I cannot have another baby.

There, I’ve said it. And very few will understand. It seems I am speaking a foreign language after all.

“ANOTHER? You want ANOTHER child? Seriously?” the woman shrieks at me, wide-eyed and astonished. I wish I had just left it alone. This is why I stick with the abridged version, the words they expect, familiar phrases that mean less than nothing at this point. No one wants to hear about this crazy hope I have been clutching for years.

Even my dearest friends, who love me and listen patiently, do not understand.

I love the life I’ve been given. I adore my three beautiful daughters. I have been absurdly blessed. And I feel greedy wanting more of it, but I can’t seem to reason my disappointment away. I have tried and tried.

I still remember the parade of doctors that came to my room: GP, OB, Nephrologist and even a few nurses. They began to cautiously broach the subject in the days after B was born. I had made no secret of my desire to have a big family, at least four (and a whisper in my head adds “or five, or six”). Add that to my “religious” demeanor and I can see why they were worried that I wouldn’t listen.

No more babies for me.

My kidney would not survive, and neither would I.

I’ve been holding tightly to the dream ever since. My husband, not so much. As we enter our third year in the process, almost a full year with our name on the list of approved homes, it has finally occurred to me that this may not happen.

No more babies for me.

After all the classes, workshops, paperwork, praying, homestudy, endless discussions, hopes raised only to be dashed again, waiting, waiting, waiting… we are near the end. We aren’t on the same page anymore.

He’s been good to do this for me, though now I wished we hadn’t even started. It was something he felt we should do, but had no actual desire for. But adoption is a team sport. And when push comes to shove… well, I just can’t keep pushing.

I know this isn’t a real tragedy. I’ve lived through that before, the complete and utter devastation of it.

But in some ways this is even lonelier. I feel guilty for being this sad about a normal thing. So I minimize the longing and paint a happy face on it. I’d rather keep it to myself. It’s so much worse when I share and they stare at me blankly. Or, worst of all, act like I’m crazy for feeling this way. Because deep down, I wonder if they’re right.

It’s time I face it, so I can move on. I want to dream new dreams, but first I have to grieve the old one. 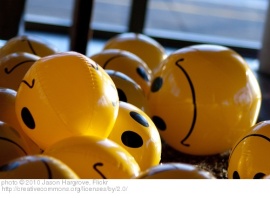 We all must learn to lament,

as we deny and avoid the pains and losses,

the rejections and frustrations,

empty shells with smiley faces painted on them.”

Eugene Peterson (Leap Over a Wall)

So here’s me, and this is my lament. Because God hears my secret disappointments… especially when no one else understands.

What about you? Do you have a grief that people don’t understand? How do you mourn for hidden hurts? 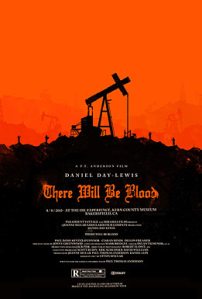 A few weeks ago I watched “There Will Be Blood” with my husband: fantastic acting; wretchedly depressing plot. The movie orbits around the search for oil. After an earthquake, puddles of oil bubble up from the ground, evidence of a wealth of black gold just beneath the surface.

I have some seepage problems myself. I can’t always predict it. Sometimes the oddest things will shake it loose. I quite literally start leaking – sneaky tears I can’t hold back. It feels like someone has stuck their fist right down my throat. Evidence of a deep reservoir of grief, just beneath the surface.

It happened again today, in the middle of an important meeting. I don’t usually shy away from discussion about my boys, the two babies that I never took home, but more often than not I get choked up about it – even now, years later, when it is a shadow of the devastation I once felt.

I tell myself to suck it up, to quit being such… a girl. As if that’s a bad thing, to feel things so deeply, to show weakness, to have a heart that is no longer shattered, but still broken in places that matter. And when the embarrassment passes and I finally work out what I should have said or will say next time, I remember that this grief is a precious part of who I am.

Not because I’m some masochistic freak who enjoys the pain. I would much rather laugh than cry. I enjoy life and that mopey schmuck Eeyore has always rubbed me the wrong way. But the broken parts of me are the ones that understand life and faith and joy in a deeper way than I did before.

There is a beautiful picture in the Psalms, of God collecting each of our tears in a bottle (Psalm 56:8). Because each one matters. No matter what we are going through, every tear we cry is important to Him.

One of the most helpful moments I had after the stillbirth of our first child, quite ironically, came from a heavily pregnant co-worker. Her husband was alarmed upon getting home to find her sitting on the ground crying her heart out; she could hardly speak to tell him our sad news. It didn’t change a thing knowing this, but I felt a little less alone, because someone shared our grief for that moment in time.

And now, when it is my turn to comfort someone, I don’t always know the right words to say. I don’t feel any less helpless or awkward than anyone else. And I can’t always understand their unique hurt. But I can mourn with those who mourn (Romans 12:15). I can understand how desperate a dark night of the soul can be, and that sometimes it doesn’t FEEL like God is there, even when we KNOW He is. I know that if you press into that grief and fight your way through it, you can come out the other side a better, though somewhat different person.

Because you never completely outrun the grief. It lurks below the surface. And some days it leaks.

So here’s me, supporting the Kleenex industry for 12 years and counting. 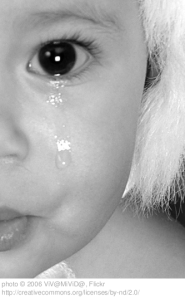 I sat in the waiting room of the Ministry of Children and Family Development today. We had a meeting with our adoption social worker. There was a woman beside me whom I’ve never met and will never see again, but she was so familiar.

It was none of my business and perhaps I should have politely tuned her out as she spoke to the receptionist. But I didn’t. The person she was supposed to be meeting with was running late, but come hell or high water she was determined to wait.

“I don’t care how long I have to wait or what it takes. I want my daughter back.”

She wasn’t belligerent or aggressive. She didn’t raise her voice or make threats. But she was fierce. She had a primal energy. And I knew that we were kindred. Because I am a Mama Bear too.

In my mind I imagined a gritty backstory. Traumatized by her drug dealer/pimp/corrupt cop boyfriend, she is fighting her way back with the help of a inspirational social worker. I picture an Aboriginal Robin Williams/Sydney Poitier at her side instilling a never-say-die attitude in her. The music swells as she sees her beloved child again, but alas, there is the evil ex-lover and his scuzzy lawyer. I hold my breath and suddenly Wylie Coyote drops an anvil on the bad guys. Cue the laugh track. Now roll credits, as they all ride off into the sunset.

I don’t know this mom’s story, but I can only assume that it must be a tragic one to end up in the waiting room of the MCFD. When child protective services are involved, no one escapes unscathed. Not the biological parents whose lives were already out of control. Not the professionals who have to make impossible decisions and navigate an unwieldy beauracracy. Not foster families who open their homes and their hearts to someone else’s pain. And certainly not the children who find themselves at the mercy of a system which can’t help but damage the very ones it was designed to protect.

I can’t help but feel like some sort of scavenger. If things work out as we hope, we will be wading into someone’s very worst nightmare to find our own happily ever after. I know it is possible; in fact, it is what makes adoption such a beautiful thing. But it is a beauty born out of loss and pain.

I worry about that mama bear. I hope the system can do right by her, and by her daughter, whatever “right” may be in this particular case. Chances are, the damage is already done. There are no carefree happy endings in the foster care system.

So here’s me, looking for a bittersweet ever after.