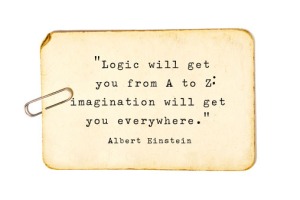 When I was a child, one of my best friends was a girl named Casey. She looked just like me; she had short red hair and even a matching jean jacket. She was tiny; in fact, she only came up to my waist. She didnt speak much at all, but she always thought my ideas were great and played with me whenever I needed her.

When I was a child, there was an elevator in our downstairs bathroom. I was the only one who ever used it. It took me anywhere I wanted to go. My favorite destination was Mrs. Kangaroo’s highrise apartment, which seemed like an exotic locale to a suburban kid like myself.

When I was a child, I lived a double life: mild mannered school girl by day, crime-fighting dog in the afternoon. It was hard work defeating the forces of evil, so when Mom starting doing afterschool care I recruited a whole team of yapping police puppies. Together we brought villians to justice and imprisoned them in the guest room closet.

One of the best things my parents ever did for me was to nurture my imagination. They did not dismiss my flights of fancy as childish and unimportant. Instead, my mom set a place at the table for my invisible playmate. She overlooked my damp socks from playing in the shower stall downstairs and holes in the knees of my pants from crawling around the house for hours at a time.

They fed me a steady diet of books and unstructured free time. My mom freely contributed old blankets, sheets and clothespins to the fort building cause. Somedays I ate my lunch in a cave of wonders than bore a striking resemblance to the underside of our dining room table. I remember her packing snacks in the backpack of this intrepid explorer and listening patiently to the blow-by-blow of my adventures.

While I grew up with fond memories of imaginary friends, my sister Esther had an imaginary enemy. We used to choke back our laughter as she would angrily recount her latest fight with The Girl. “You won’t believe what the girl did now!” I remember watching her stomping around the backyard, yelling at thin air.

My other sister Colleen played pretend in her own way – fashion shows, tea parties and impromptu concerts. She spent her childhood decked out in lace and jewels, wobbling around the house in my Mom’s shoes. There was no such thing as too fancy in her book.

I’m sure there were times it was inconvenient and downright messy, but my parents knew that this was the important work of childhood. We were flexing our creative muscles and practicing the people we were going to become: me, bossing folks around and making up stories; Esther (the law student), railing at the injustices of society; and Colleen (the musician), bringing beauty into the world.

I’d better go now. There’s a little tiger in my living room and she’s getting hungry for lunch. I hope she doesn’t eat me!

So here’s me, years later, still talking to myself when there’s no one around.

I'm a bookworm, nature lover, kick-boxer, candy fiend, sci fi geek, home body, progressive Christian and part-time student. I love my crazy life and the messy, fun, stubborn, silly, brilliant people who populate it. END_OF_DOCUMENT_TOKEN_TO_BE_REPLACED
This entry was posted on Saturday, November 5th, 2011 at 11:57 am and tagged with creativity, family, imagination, parenting and posted in creativity, parenting. You can follow any responses to this entry through the RSS 2.0 feed.
« Middle of the Road
My Sunday School Lesson »

2 responses to “Imagine That”