I’m back where I was when this crazy ride started 2 weeks ago. When we discovered our daughter’s photo had been stolen from my website, then published internationally to promote prenatal testing. When we chose to speak up, to take on our bullies in public and take the hits as they came. When we said no to worldwide media, reporter after reporter, as we focused on chemo and survival. When we flailed under a deluge of advice and help and yes, criticism, before giving the mess over to more experienced hands, hands we could trust. We are where we have been all along, in the place that really matters – at the bedside of our very sick girl.

Back in the hospital again, and somehow the hurt and outrage fades to the background. Cancer is good for very little, but it does bring perspective.

If I could erase this episode I would – it is the very last thing we needed. Stealing precious time and emotional energy when we need it most. Not to mention, such a disheartening sign of the world we live in, where anyone would so thoughtlessly and publicly disrespect a child, any child. I’m sure you can imagine the cruel remarks that have been unleashed on us as well. People can be hateful. There are some who quite plainly wish my daughter dead. Apparently I should expect this and am in fact to blame. Those ones seem particularly upset that I dare to speak up at all.

There are already too many in the world who shrug their shoulders and “what-do-you-expect” their way past all that is unkind and unjust around them. We must live toward the world we want. Even if that means making a fuss.

I’ve learned so much from others who’ve opened up their lives just a bit, to give us glimpses into their reality. That’s the beauty of storytelling: in blogging, photography, poetry, song, film and thousands of other ways humans express themselves. And every time you put yourself out there, it’s a risk – of being abused, misunderstood, misused, co-opted by some other agenda… but we keep doing it because to hide is to let them win.

Let’s be clear, I’m not leaving my blog up to be petulant or to thumb my nose at the risks. It totally freaks me out at this point. I feel exposed and exhausted and I have more important matters in my life.

I’m leaving it up for the same reason I posted that photo in the first place: because it matters that people hear these stories – stories of a good life with a child who has disabilities. Real and messy and sometimes hard, but absolutely worth the trip.

In a world where pressure and fear is brought to bear on expectant parents whose children may have a chromosomal anomaly, people deserve the truth from those of us who actually know. Life has never been better for people with disabilities, and it’s only getting better. That’s not to say it’s easy, but the best things in life rarely are. When’s the last time you heard any parent raving about how easy parenting is? That’s not why we do it.

Ask a parent what matters most, what makes them smile and gives their life meaning. Ask a parent of a child with disabilities. Here’s a hint – exact. same. answer.

Having a child like my daughter is no tragedy.

You have questions…
The biggest question we’ve gotten is what can I do? There have been so many offers that we are humbled and overwhelmed. The cruel and callous should be on notice – they are woefully outnumbered. The answer is simple. The best way to help us, to help my daughter, is to embrace ALL people.

Is that overreaching?
I don’t care. People matter. We have the ability, the innovation, and the resources to make room for everyone in this world – we simply lack the will to do what it takes.

If you need a suggestion, we believe in the work of the Down Syndrome Research Foundation – who seek to create and implement the best practices in reading instruction, speech therapy and life skills development for children like my daughter. 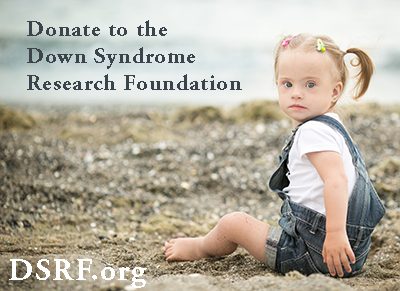 For all who’ve asked for an update – thank you. Our girl is very sick, but she is fighting through. She hates the “strong medicine” that has taken her hair, keeps her isolated and makes her feel yucky, but we are so grateful that it is keeping the leukaemia away.

Right now her immunity (ANC) is at zero – too low to count. She has a number of infections and must remain in hospital until she recovers enough to better fight them off (ANC of 0.3). This is our last week of Delayed Intensification – one more IV chemo on Monday then her immunity counts need to recover (ANC of 0.75) before she moves into what should be a less brutal 18 months of chemo. If all goes well she may even be able to return to school part time this fall.

She’s very excited about growing new hair this summer. Brown, she’s decided. It’s impossible to say what colour or texture may grow back, but if anyone can control it by sheer willpower, it’s her.