I’m feeling a need to write through my feelings again. After crawling into a post-cancer cocoon for the past year and a half, I’m back.

I started so many posts over the past few years. Fretted and fussed about getting “back into it” but quickly set it aside when it started to feel like pressure. I do not need more of that dreaded s-word in my life (by this I mean Should, but the other one fits too).

So here I am again WANTING to write for the first time in I can’t remember how long. Because once again I need to process my experience and nothing works quite like this. Throwing it all up against the wall to see what sticks.

Fair warning, I doubt it’s gonna be pretty, or witty, or all that inspiring. Also, there will be swearing. I swear now. I want to honour my family and my beliefs, truth, justice and the Canadian need to apologize frequently… but I’m too tired to self edit that much. Or at all.

This morning we got another official diagnosis for our little B (who remains happily in remission from leukaemia). I say little, but she’s actually 14 with all the sass and hormones that this entails. I’ve long ago made peace with the words “Down Syndrome,” “OCD” and, yes, even “cancer survivor.” 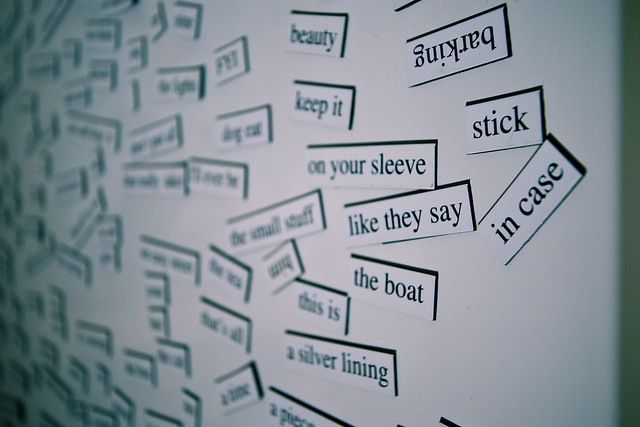 These are our words. Not who she is, but an important part of our daily life. Words that describe but do not define her.

She remains feisty and adorable, soaking up all the attention in the room. She’s challenging, very much so. She likes to be in control. She never stops talking. She’s often inappropriate – belches loudly, talks about poop, ignores people and makes us laugh every day.

She’s a lot of work. And she’s worth it!

But she wasn’t outgrowing some of the quirks that we used to chuckle over. In fact, they were getting much worse. More rigid. More controlling. More strange words and tics and coping rituals.

And while she remains an attention sponge, she has very little interest in actual friendships. Her social interactions follow specific scripts, whether they make sense or not. She continues to introduce herself and ask the names of old acquaintances, even family.

She loves imaginary play, but it sticks tightly to “the plan.” If you try to improvise or cut her scenarios short she gets very agitated. Her obsession with her favourite stuffed dogs (Pluto!), previously a helpful incentive, have become a hurdle. They’ve been banned from school. And the bus. And helping mom drive the van.

Hardest of all, she perseverates. There’s a ten dollar word for you. It sounds kind of admirable, like perseverance. According to dictionary.com it means: “to repeat something insistently or redundantly.” According to me, it is a very efficient means of causing mom to lose her ever-loving mind.

All kids do it sometimes, but B is a world champion.

So we wondered. And we remembered the handful of voices that had suggested it in the past. And we asked questions, read articles, visited the paediatrician and the psychiatrist and then waited, waited, waited (for almost 2 years) for her turn to be assessed.

The psychologist we saw initially gave us a pretty clear (and horribly depressing when compared to every typical 14 year old girl in the world) picture of B’s cognitive ability. I hate those stupid IQ assessments and as a parent find them entirely pointless. He also cautioned us not to expect a positive diagnosis. She’s just so outgoing and engaged and nothing like the stereotype of this diagnosis we all know so well.

But stereotypes while sometimes true, can also be total bullshit. (For further proof: kids with Down syndrome are always SO happy and angelic.)

If you haven’t guessed where I’m heading with this, the developmental paediatrician we saw today said it was a slam dunk. We’ve added yet another word to our lexicon – autism.

I’m not surprised. Some studies suggest that 10% of children with Down Syndrome (DS) also have Autism (ASD). While mysterious there’s clearly a genetic link. These dual diagnosis kids often present different, seeming more social and expressive.

After years of hearing the grumbling in DS circles that the ASD families get all the money, I was hoping we could cash in on superior funding. Also, we were tired of having to explain that B isn’t just like every other cute kid with DS that teachers and workers and friends knew. Most of all, we craved the validation that something else, something more is going on, we aren’t just over-reacting and under-parenting.

I’m not surprised. I thought I’d be thrilled to hear it.

I’m not surprised. But I am strangely devastated.

It’s just another word. It describes our reality. It doesn’t change a single thing. And knowing officially will probably make things better for all of us.

But it’s another damn word. And she has so many already.

There will be a day that I need to rally and focus on possibilities, find the silver linings and tell the pretty stories. But today, today I’m just sad and angry and so fucking tired.