This year will always be defined by a single event. A single phone call on October 28th. A single word spoken by our family doctor. Leukemia.

2014 was mostly a good year. And life is more than cancer and chemo and hospital stays. Even there, it trickles into the cracks.

As B smiles and waves and calls out cheerful “hellos” to all the people we pass as the porter pushes her wheelchair to and from the oncology ward – her own personal parade route. As big sisters step into the gaps, mature beyond their years. As friends and strangers shower us with support in the form of food, money, gifts and prayers. As we find humour in the darkest places, like the generic gift assigned to B that just happened to be several bags of hair clips and a giant hair brush – worst. gift. ever. We had to laugh (especially because she loved that stupid brush all the same).

Life is bigger than cancer.

That’s what we’re banking on.

Putting Myself in Her Shoes

Once Upon a Marriage

It wasn’t easy, getting married as young as we were. But we were too  naïve, too thrilled with our new-found freedom and togetherness to care.

Remember the hideous second-hand couch we were so excited to receive? It was SO uncomfortable! But we threw a green sheet over it and decided we were really grown ups now. At our age uncomfortable seating didn’t seem like such a big deal. Besides, it was just temporary. Eventually life would get easier, better, more secure…

On my church. With another church…

The Stranger: A short story

The Señor is enthroned in a frayed green armchair on the other side of the room. Straight-backed, legs planted wide, with a cane in his hand like a sceptre, he scowls over the coffee table at me.

I Live In Between

Most of my life is spent in a place of too much and not enough.

You get the picture. You probably live in this picture too. Most of us internet-trawling, Facebook-posting, smart-phone-clutching, Consumers-and-Users do. We don’t want to. We don’t plan to. We read and write and repost all sorts of things to avoid it. But, it’s the curse of modern life…

The tag on the back says “12 mos” – a measure of size and not age. I shake out the blue and white checked pants before folding them, tangible proof that our almost two-year-old is much smaller than most his age. Tiny shirts, pants, footie pajamas and an impressive array of cute onesies emerge from cloth shopping bags, filling the mostly empty drawers.

I move the size 2 outfits we’d purchased to the closet. The weight and height measurements we had gleaned from medical files did nothing to prepare us for the Lilliputian dimensions of our brand new toddler.

Brand new to us, that is. Up until now he’d been an abstraction, the idea of a son sketched out in black and white via e-mails and social workers’ reports…

Yes – those are hockey sticks. How Canadian.

He has been contractually obligated to love me for 19 years. And I him.

Half my life. My entire adulthood tied up in another person. And his in me…

Raising You is an Art, not a Science

Before you, I thought parenting worked like science – laws and equations, inputs and outputs, theories to be proven and disproven with clear, quantifiable results. I may not have used those words. I may not have been aware that I believed this. But my first few years as a mother, and my experience as a daycare teacher, led me to calmly assume that I could manage and mold, if not control, my children.

Your sister, who’s always been predictable, logical and mostly straightforward, strengthened this approach. I had Opinions. I took Positions on the Issues.

10 Lessons My Daughter is Teaching Me

Ten years seems like a long time. A long time to be alive and learning and growing and discovering new things – and that’s just us. You’ve had a lot going on too!

That Terrible Twist that Changes Everything

Two days ago the biggest worries on my mind were: securing funding for speech therapy, my children’s potential texting addictions, and getting my butt out the door for book club.

In the space of a single phone call that all disappeared. In fact, it feels like the ground beneath our feet disappeared too. A cosmic upending. As if some powerful hand has shaken our world like a snow globe.

We are left dizzy, reeling, surveying the damage to our orderly plans and expectations. And terrified…

…although I wax eloquent about sharing the real story in all it’s raw ugliness, I know that most don’t want to hear it. Cute and cuddly tales from the cancer ward are much more palatable – an uplifting message with a smiling picture to boot.

But this is life too. The low points. The bad shit… 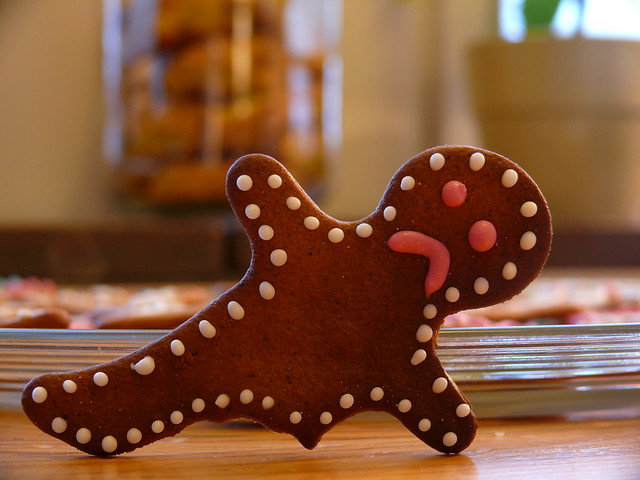 The Big “C” Doesn’t Stand for Christmas Around Here

‘Tis the season to put on a happy face, some matchy-matchy outfits and show the world how fabulous it is to be me; surpassed only by the sheer joy that comes from being one of my well-adjusted children.

But we’re also the dark and the ugly…

A few of the moments that made up our year…

silly moments – eating candy I found at the bottom of the toy box, being attacked by my own umbrella, responding to international outrage about the hand-holding ban at my children’s school…

sad moments – the 10th anniversary of my son’s death, the ugly side of marriage with young children, the heartaches and hassles of Down Syndrome…

and the many, many sparks of beauty and brilliance our normal, everyday life provides.

My son is 25% boy and 75% snot. Although we were finally getting the hang of sleep at night, all night long, today we are bleary-eyed and grumpy. And slimy (see above re: snot). It’s not what I pictured when I imagined this day…  Read More.

The Writing on My Arm

At the peak of busyness, my skin was a criss-cross of inky blue impressions. The tribal markings of a suburban soccer mom. Appointments. Phone numbers. Grocery lists… I decided to revive my old tradition – with a twist. This important reminder is permanently inked on my left wrist… where I will see it frequently… so I will never forget.  Read More.

When I look at you
I see myself
unveiled…
impulses unedited
words unscripted
feelings unrestrained
the stark honesty of an
undiluted soul.  Read More.

How I Got My Black Eye

In the heat of trying to unlock my car, the cord of my headphones wrapped around my neck, making me very uncomfortable. Juggling an overstuffed bag, iPhone, red umbrella and keys while being strangled by one’s own technology is upsetting, to say the least.

So I dropped my keys…  Read More.

Our Version of Normal

People are staring at us with big grins and smile-y eyes. The kind of looks reserved for fluffy bunnies and newborn kittens. Awwwww… One lady nudges the guy next to her and nods in our direction…

For a minute, I’m thrown. I look around and wonder what’s going on.

18 Years of Best and Worst

This is a particularly busy season of life. For people who once enjoyed sleeping in, lazy days and reading for hours, the past decade has been an adjustment. We’re often snappy and overwhelmed. We’re usually sticky and smelly. And we’re almost always exhausted.

We’re not our best us…  Read More.

Does Down Syndrome Need Fixing?

You are not broken, sweetheart.

At least, not in any way that really matters. Not like people who are spiteful or small-minded or utterly self-absorbed. I hope the day never comes that you suspect “special” is a code word for defective. Or that having “needs” is a shameful weakness.

The hospital staff made a plaster cast of Simon’s hand and foot. It’s one of my most precious possessions.

The next part is familiar. Cold jelly, the smooth glide of the wand, mildly uncomfortable pushing against my bladder… but it’s quiet in here. So quiet. She’s not smiling anymore. I crane my neck to look at the screen, but it’s turned away. And she’s so quiet.

She pops out of the room, telling us she just needs to talk to the radiologist about something. Glen looks stricken. I feel something growing deep inside me. A dark, chilling dread. I know this feeling…  Read More.

I wonder what he saw as I stood there in my second-hand boots, bags under my eyes and hair falling out of its clip. My son whining and grabbing me while sporting a wicked black eye and a runny nose. I was cringing inside. Feeling judged. Feeling humiliated…  Read More.

Hand Hold Ban, No Touch Play and the Real Story

Dramatic headlines. Followed by a juicy sound-bite about small children forbidden to hug or even push their friends on the swings. Set up a camera across the street to film kids playing.

Et voila – a sensational story that goes viral in hours!

Of course, the real story. And the facts. And the true intentions of a diligent staff. Not so entertaining…  Read More.

Music to my Ears

It projects across the room, flat and forced, more like yelling than singing.

It’s a step, or two, behind the rest. A discordant echo chasing lyrics that roll off nimbler tongues with ease.

It’s one of the most beautiful sounds in my world…  Read More.

Leave a comment   |  tags: best of 2013, best of links, best of the year, favourites, links, new year, year in review | posted in Uncategorized